At the beginning of each year, The New York Times comes out with their “52 Destinations to Visit” in the upcoming year. Like any good traveler, I scrolled through the list, mainly to see which ones I’d been to, and which ones I “needed” to go to. Because what better way to decide than where to travel than to let other people tell me?

The idea of a “destination” frustrates me. It reduces a place to an object of the traveler’s fancy, a place gleaned through sparkling Instagram photographs, rather than a real place where real people live. Destination is just another buzzword (don’t even get me started on destination weddings), focused on the endpoint rather than a journey. Whatever happened to Destination Imagination? And I’m not just talking about the kid’s educational program here, though that’s cool too.

At the risk of this starting to sound too much like a rant, I’ll come clean and admit it. I used to be a list checker. Like many travelers, I have a Bucket List of places and experiences, and the history/archaeology nerd in me checks off a World Heritage site list. I once trotted all over Brussels finding obscure houses designed by famous architect Victor Horta because they were UNESCO listed. Yes, they were pretty, from the outside (because of course, visitors couldn’t go inside the private residences). Worth spending an entire half day out of a three-day visit (because I had other European cities to get to and check off the list)? Probably not.

Now don’t get me wrong; I’ve ended up in some beautiful and interesting places in my UNESCO pursuits. The magical Sintra castle and grounds in Portugal, an ancient monastery in Spain that was the birthplace of the Spanish language, and hiking canyons at Mesa Verde in Colorado are just a few examples. So these anchor, or dream places aren’t necessarily a bad thing, but these lists matter less and less as I see again and again that it’s often better to forget them and let the world take you away.

Often, the unknown can be even more surprising, thought-provoking, and rewarding than visiting a well-known place, as we don’t have any preconceived notions of what it’ll be like, and we can enjoy the place, experience, or culture for what it is. Isn’t that what travel is all about? Is taking another perfect photo in front of the Eiffel Tower going to give you any cultural perspective, besides the fact that some French architect wanted to erect a mildly phallic metallic structure in the middle of his city?

People live everywhere, not just in museum cities. If the purpose of travel is to experience new ways of life, why do we keep having chosen for us the places and cultures to experience? It is too easy to already have in mind a feeling, an encompassing concept of a place based on photographs or films or blog posts we’ve read. We arrive at our destinations and wait for these concepts to be reified in front of us, and are often disappointed when our expectations aren’t met.

What if we traveled without any expectations at all? Is this possible? How do we even do that? How do we let places speak for themselves and start thinking of them as places where people live year round, instead of a city where you will spend a few days in?

Start by letting them find you, and by not making plans – okay, not making too many plans.

In 2015, I explored many new US states and cities, and none of them were places I expected to be going to this year. I ended up in Baltimore, Philadelphia, Virginia Beach, Breckenridge, Bloomington, Santa Fe, and now, Salt Lake City, because I had friends (or friends of friends) in these places. They showed me their coffee shops, their diners, their favorite hikes. And I got to know the United States in a way I never had before.

Take Baltimore for example. Most likely you just thought “Freddie Gray” or “The Wire” or at the very least “dangerous”. But it’s also “artistic” and “funky” and has surprisingly good food, even if you’re vegetarian and don’t want to go near the odorous crab cakes or questionable raccoon meat displayed at the famous Lexington Market.  The mid-Atlantic city hadn’t been on my radar until just a few months ago, when one of my friends moved there and Veren and I ended up dog-sitting and visiting for just over a week.

We didn’t know anything about Baltimore before taking care of the best-behaved and most adorable dog ever, and I’m glad of that. Instead, Baltimore unfurled itself before us like a new fern, leading us to places like Johnny Rad’s, a pizza place and dive bar with amazing (vegan) pizza. Sitting at the bar, we read the local alternative newspaper and later that week ended up at a revival movie theatre watching the cult-classic anime film Akira on a large screen along with hundreds of cheering Baltimorean nerds.

Or last summer in the southwest, when overwhelmed with too many recommendations from our lovely hosts in Santa Fe, we ditched the map, got a camping app (AllStays Camp and RV), and drove, waiting for adventure to find us. We found the Great Sand Dunes National Park, a landscape on which Paul Atreides would be quite at home (Dune reference, anyone?), a waterfall on top of a mountain, forgotten mining towns, and a stunning double rainbow over fields of gold at a campground in the woods entirely to ourselves.

We’re now here in Salt Lake City, another unexpected adventure where we are in the middle of a three-month house-sit for a two-toothed yet very vocal cat named Nimbly, or Nimbly Wimbly if you would like to use his full title. As I write this I’m happily sitting in our big condo, looking out the wide windows that overlook the deliciously vegan Utahn city sitting in its bowl of mountains.

So let places surprise you. Go visit that friend that lives in Iowa. Use my favorite Skyscanner feature: the one where you put in your home airport (or current location) into one end and Everywhere in the other. When you get there, shut off Google Maps, look up, and get lost in the streets. 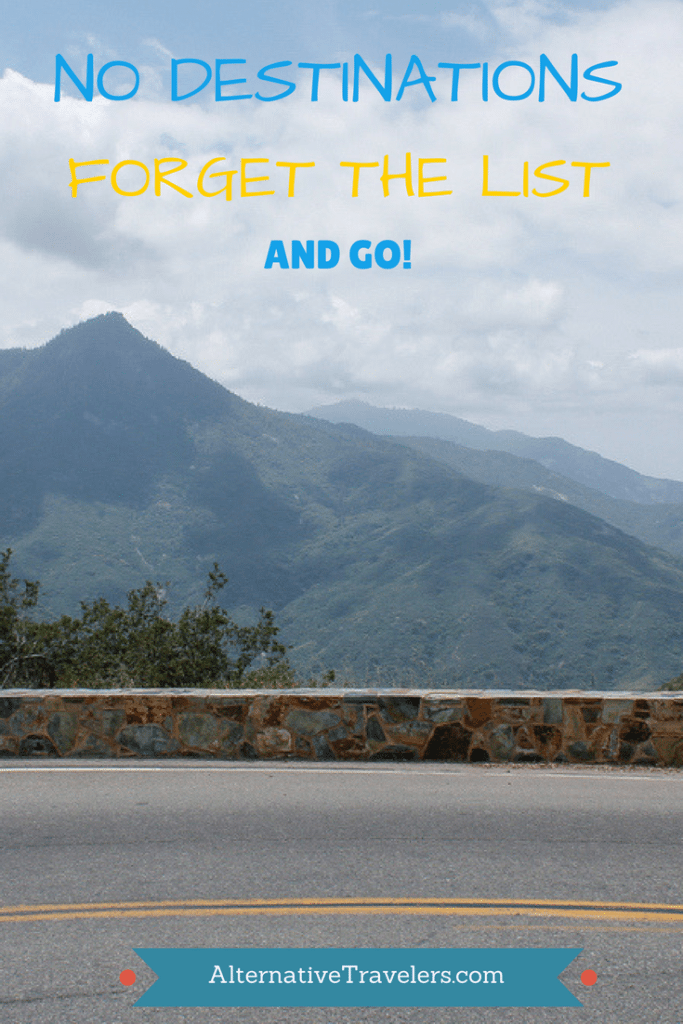 Why House Sitting is the Perfect Sustainable Accommodation

Overtourism: Causes, Effects, and What Travelers Can Do...

On Creative Risk and Fear

What is Transformative Travel and Why Do It?