How to Support Creative Friends (Without Spending a Dime)

Ever put a lot of time and effort into something you’re really passionate about?

In times of doubt, maybe you wished that you just heard someone say, “You’re doing great – keep it up.”

It means the world to anyone who’s invested in any creative pursuit.

Seemingly everyone these days is starting a blog, website, or other kinds of online projects. Maybe you aren’t but you’re a fan, or you know someone who is personally. You see them struggling to get there work out there. You want to help.

What’s a caring person to do?

The good news is that there are many ways you can support someone online without spending a dime or spending tons of time.

No matter what kind of project these creators are starting, we have one commonality or thread: we want to reach our potential audience.

Before starting our own creative space online, we had no idea how any of this worked. We were just consuming content like everyone else, not thinking about algorithms or social media strategy.

Well, turns out supporting online endeavors is easier than we all think – and critical to their growth. Here are a few things you can do to help right now. 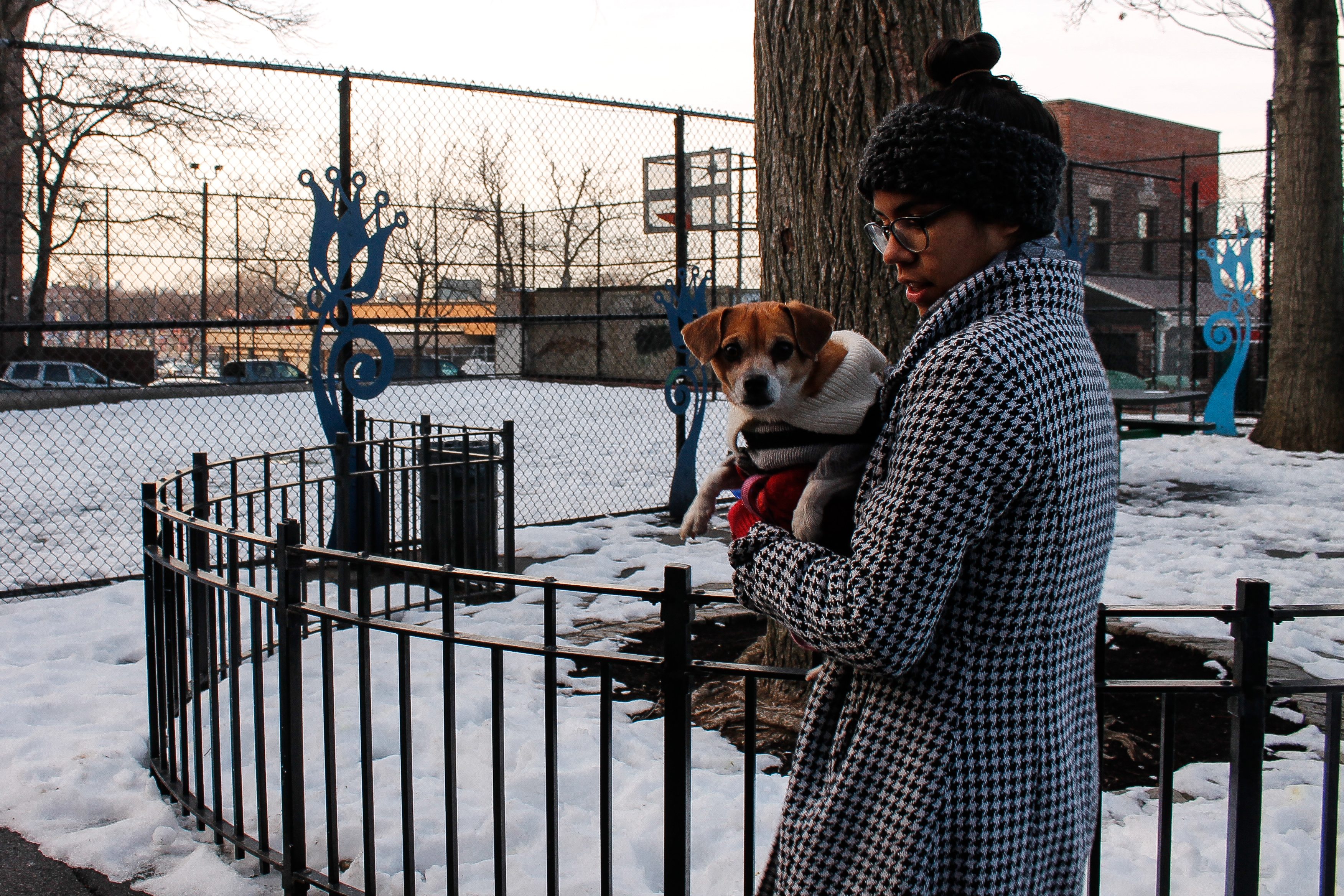 Yep, it’s that simple – acknowledgment goes such a long way.

It means the world to your creative friend to know that their work has personally resonated with you. A big part of starting a creative project is the fear that comes from putting a vulnerable piece of yourself out into the world.

It could be as simple as a quick message, like, “Hey. That’s really cool what you’re doing. Thank you.”

But if you want to get the extra mile from your message – publicize!

These days commenting is easier than ever. Often you can do it anonymously, or only need to enter your email. Commenting not only shows that this particular content has value, but that it also is being interacted with, and Google takes note. Upwards of eighty percent of traffic comes from search engines, mainly Google, and commenting can help increase visibility.

I can’t imagine that anyone doesn’t have an email. I keep a professional one and a personal one to receive all the subscriptions.

Even if you don’t use any social media, directly subscribing to web page or blog is instrumental. It’s a direct channel to communicate between audience and creator. Some blogs may send regular newsletters or other forms of updates. As long as their blog exists, you can reach them and they can reach you.

Overwhelmingly though, the predominant way most of us can support our online friends is through…

Chances are if you use Facebook, Instagram, Twitter, etc, you’ve commented or liked a viral post that already has millions of view and hundreds of shares. These already have momentum and don’t ever lose it.

Getting to that point takes a long time steadily building and receiving audience interaction. There’s a reason why viral posts continue to stand out amongst the rest even past their initial viral boost.

Social media runs on an algorithm to determine what you get to see. This doesn’t happen in a vacuum – it’s about how you interact with posts that affects what you see. These algorithms are always changing.

One thing is certain though, they’re all trying to maximize the feedback loop of showing you content you like, you interact, then showing you more of that – constantly incorporating all your latest interactions to produce higher matching results.

The more a post receives interaction, the more people see it. If it doesn’t receive interaction, it quickly disappears.

And that’s how it works – in a nutshell. 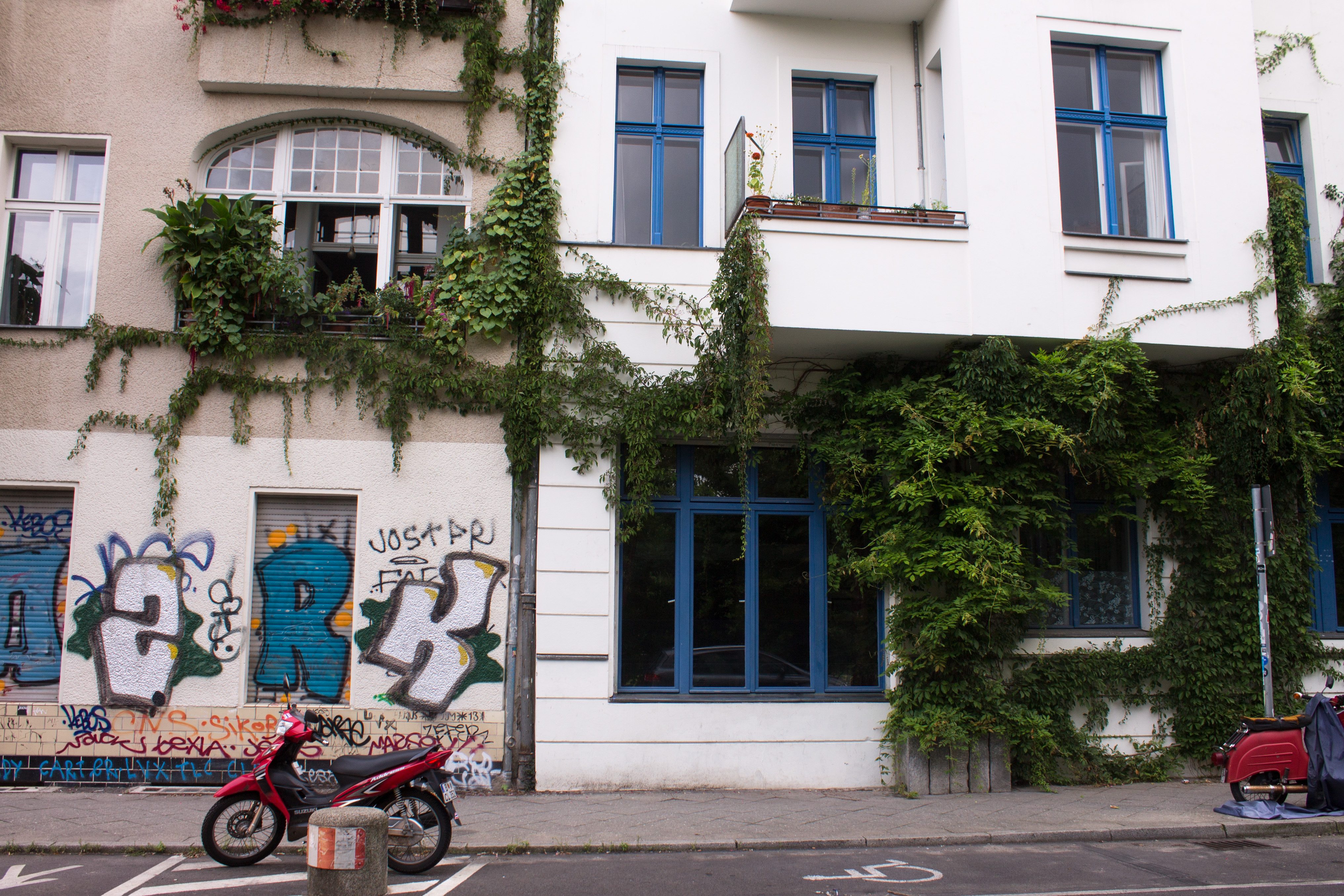 Each comment and like is gold to an online creative. We determinedly don’t call ourselves content creators because of Maria Popova’s wise words on Tim Ferris’s Show. If you are a blogger/writer, definitely give it a listen here.

Ok, so how do you best support your friends on social media?

Facebook has billions of users. Unfortunately, Facebook keeps changing their algorithm and it’s become harder and harder for creatives to reach their audience without paying for their posts to be shown. Same with Instagram, which Facebook now owns.

Here’s how you can help with social media like this.

This one seems obvious, but you would be amazed how many people do not do this.

Just think for a second. What happens when you see a page and they have under 100 followers? How do you perceive them? Do you take them seriously?

What happens when their page has a few hundred? Or thousands?

Sure, it’s not an accurate portrayal of a website’s true reach, but often Facebook is the one way for fans to interact and follow someone outside of their email list. It’s the smallest help that adds up.

Likes matter – and they don’t. Likes form the bottom rung of the audience reach ladder. If you see a post with no likes, how does it fare from a post with dozens, hundreds, or thousands?

Have something to say? Then say it! If they left out info you want to hear, then tell them! Comments dramatically increase visibility and keep the post on people’s feeds longer. Remember how the first thing I said was to let people know you like their work? If you’re not shy, post publicly on social media!


This only helps if you actually care, though.

Comments give huge visibility boosts, but they also need to be sincere. Otherwise they’ll come off as a bot or that friend who means well, but doesn’t seem to have an interest beyond supporting.

Am I saying you should spew nonsense in support of a friend? No, not at all. If you have something to say – say it! Don’t hesitate to ask questions and get involved. 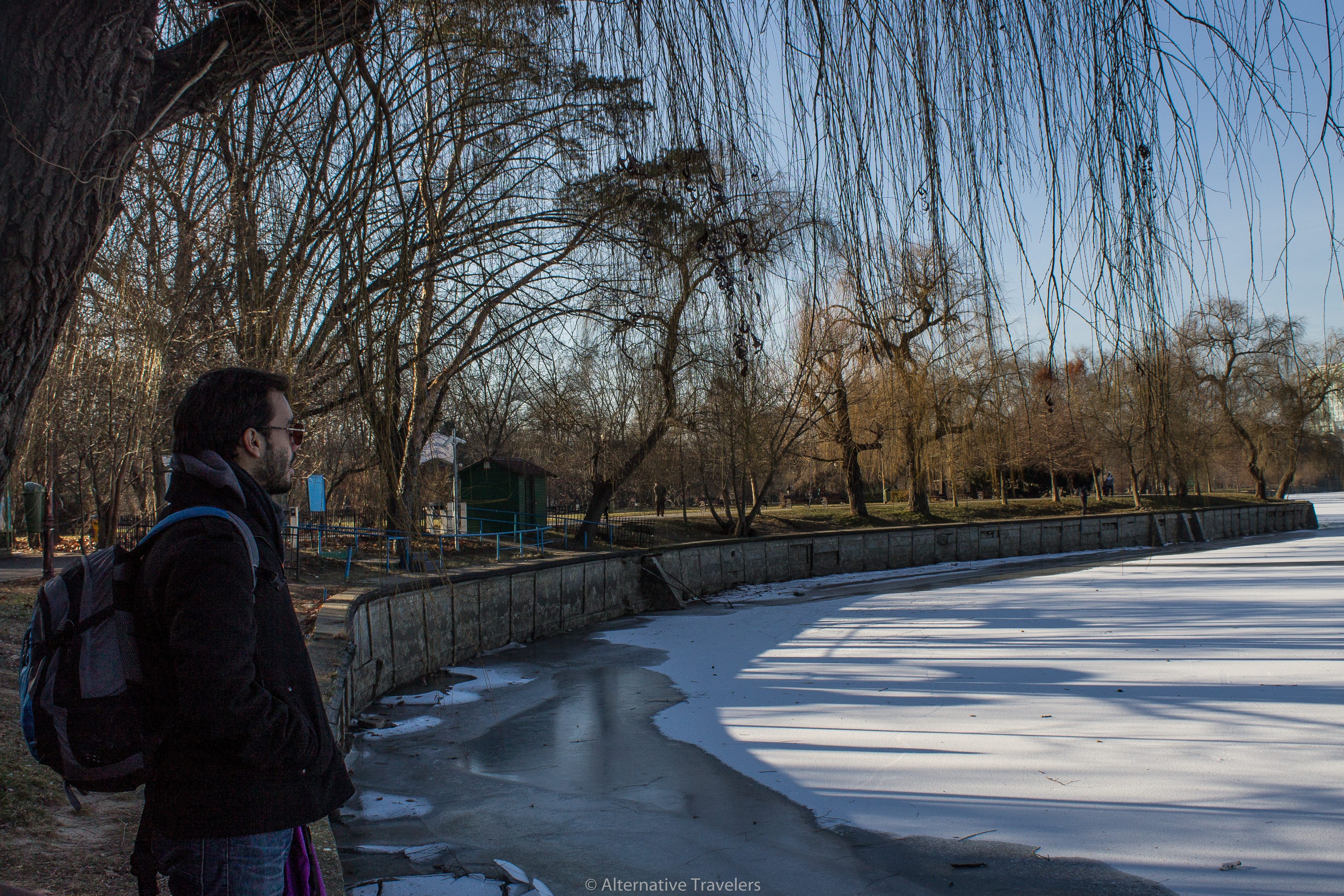 Here’s the key though: you need a good reason and you need to say it. When’s the last time you clicked on a shared post when the sharer didn’t say anything?

More often, we click on things that our friends have found meaningful. While you may want to help, don’t just spam your wall or a groups wall with your friend’s content.

Just share if a particular post resonates with you. Include a quick sentence or two: why you are sharing this post and why we should read it. Tell people why this matters and why they should care.

If you’re a page/business/content creator

Now you may think: wait, but isn’t this common knowledge for online creatives?

Think again! We had to learn all of this, and very often others don’t know how to reciprocate. Occasionally we write articles on fellow creators, talking about what they do and why their work is special. While we do this because we want to, it really helps to provide some acknowledgment.

So if someone tags you in something: give it a like, make a comment, and if it’s particularly focused on just you, give it a share!

You already have a good reason – this person is saying something positive and completely focused on you – that’s your reason for sharing! “Hey, someone said this and this about me – take a look!” It’s the best way to say thanks.

You can follow many people on Patreon.com free of charge.

This subscription-based crowdfunding platform is steadily growing and increasingly relied on to provide economic support for online creatives. It’s not a household name – yet.

Following can still technically be a free way to support people and keep up to date with them. Look for the symbol on webpages right next to the other social media symbols. 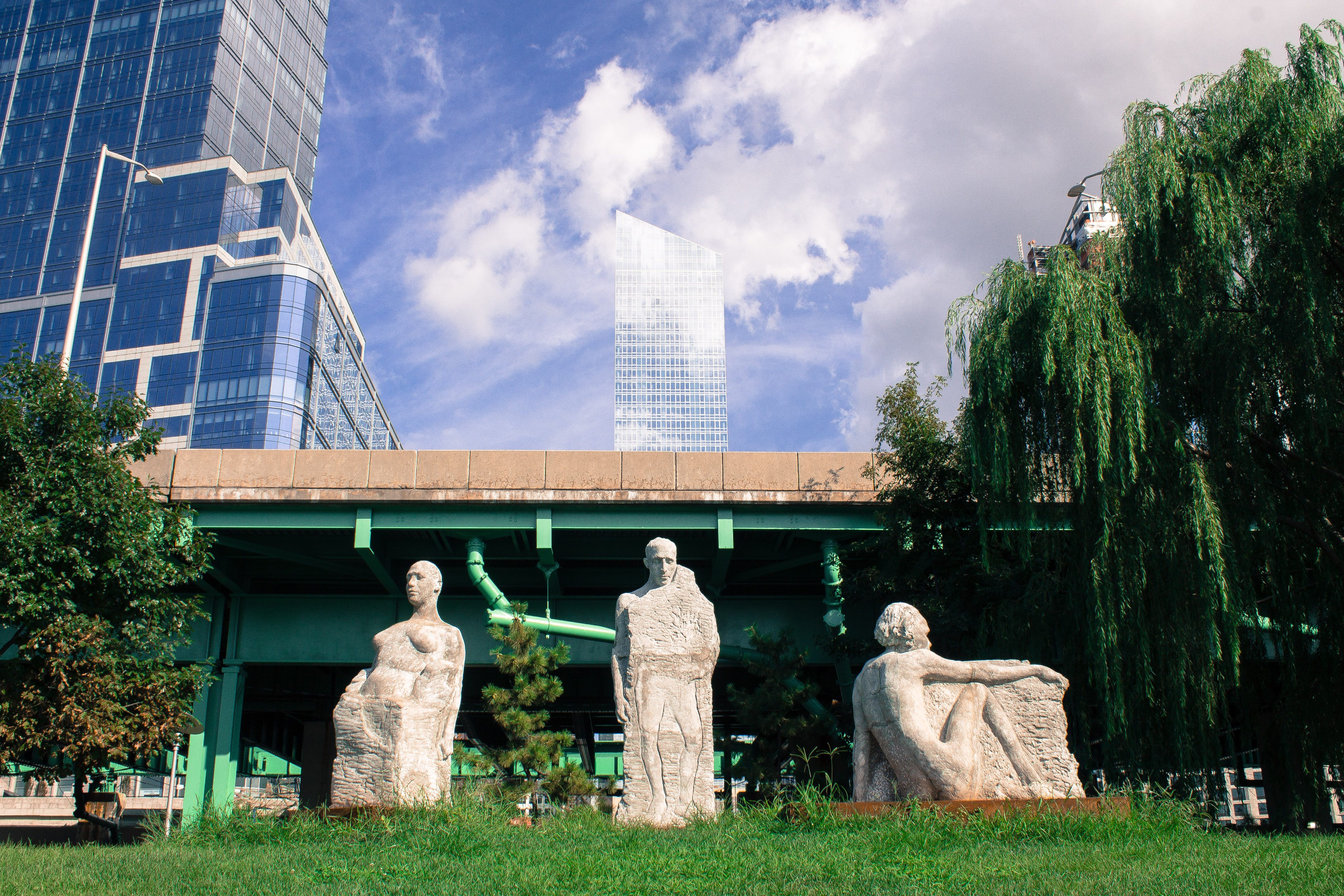 While some people may already have cultural clout in place (think any celebrity), the rest of us unknowns have to climb out of the obscurity hole without a leg up, or even a ladder.

Sometimes it feels like an eternity, but with your help, it’ll be that much sooner. The good news is that there’s plenty of room for everyone to shine online – there’s an audience for everything.

Don’t wait until the holiday season or someone’s deathbed to let them know you support their work because giving support never goes out of style.

Struggling With Not Being Able to Travel Right...

We Were Nominated for a Liebster Award!

Living in Alignment with Your Values