Home Europe Why We Moved to Madrid
EuropeMadridReflectionsSpain

Everyone seems to be surprised that we left New York City.

Why would anyone want to leave such an incredible, unbelievably magical place where unlimited brunch flows like the truest fountain of youth?

The monolithic mythos of New York City is so all pervasive that we all could write an essay right now about what New York is supposed to be like. That’s how much the hologram is projected all over the world – but that’s an essay for another place and time.

Contrary to popular belief, the real New York demanded a price we no longer wanted to pay nor could afford.

You may have heard or actually seen the film, Escape from New York, starring Kurt Russell, and for that, you’re already a step ahead. For those who haven’t, the summary is as follows: New York City has descended into a war zone where chaos rules, the peaceful are trampled over, and Isaac Hayes reigns supreme. Basically, present-day New York City (minus Hayes).

Dissenting opinions aside (some residents are in serious denial), The Sam and I were ready for a change. We were already planning a getaway. We didn’t want to work our whole lives away trying to keep up with rising costs in one of the most expensive cities in the world.

Ultimately what led us to Spain was an age-old saying about not putting all your eggs in one basket.

Before we left for our first house sit in Salt Lake City, Sam had mentioned a teaching assistant program in Spain that she had done a few years earlier. Despite not enjoying teaching, she loved Spain. However, she thought the position would be a better fit for me, as I had been teaching for years and (mostly) enjoyed it. It was free to apply and just a tiny bit of hassle to get the paperwork in. What was there to lose? Either we continued house sitting or go to Spain (I applied early and with my teaching experience, Sam said I was a shoe-in).

When I received my job offer for Spain, we were already in our second house sit in Salt Lake City with the sweetest dog ever. We had done a two-week road trip between the house sits, visited lots of friends, and saw how they lived. Now that gears were turning and we had some options, it was time to sit and reflect. 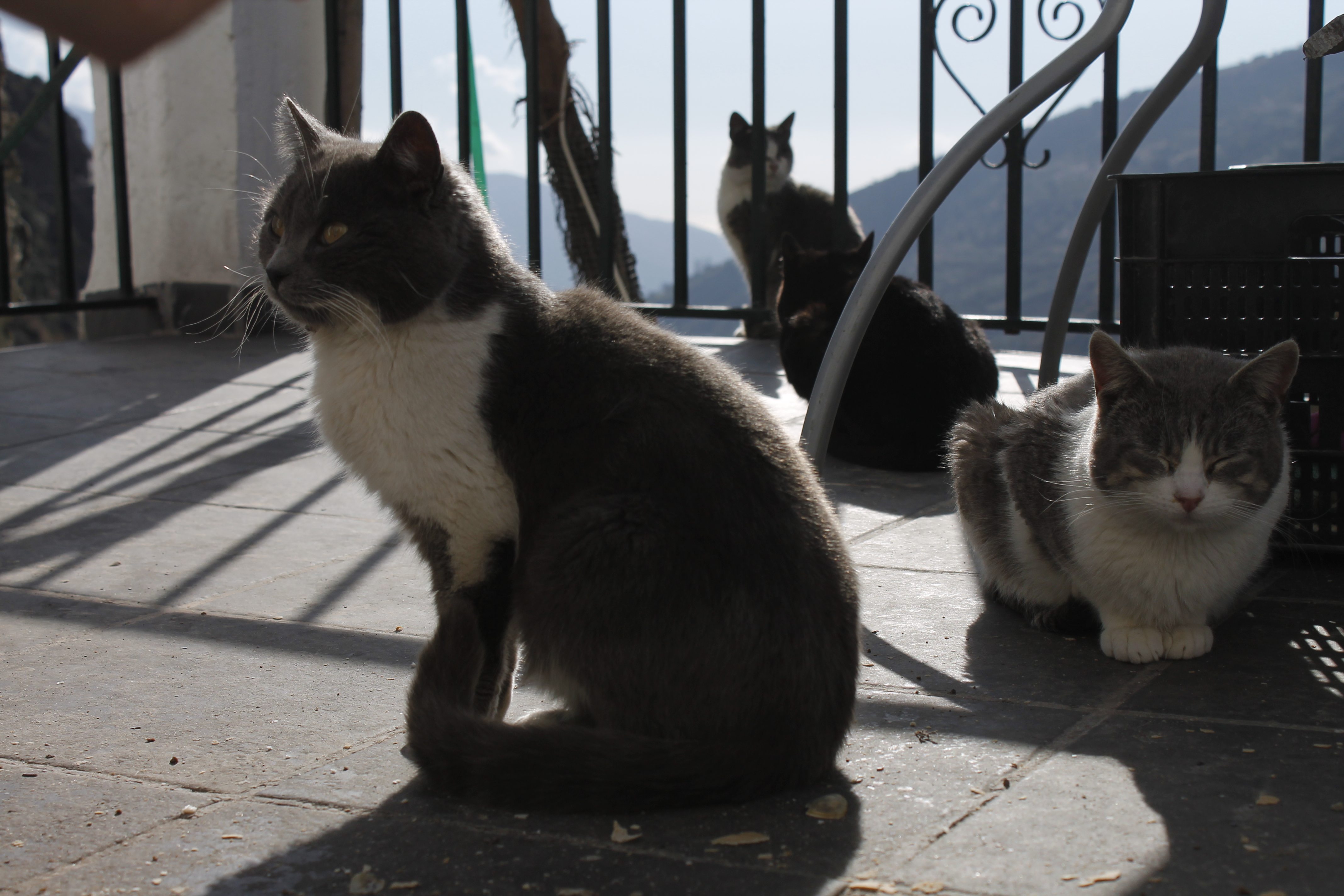 To Spain And To House Sit – That was the Question

What if we could do both? Once we decided to accept the job offer, we got right to applying for a visa – an adventure in itself and a couple month process. That summer, we flew back to New York City and did a couple more house sits. Despite being beginner house sitters, we saw house sitting limitations in the U.S. arising.

After more research and crunching financial – and geographical – numbers, we realized it’d be theoretically cheaper and easier to house sit in Europe. This was because of the availability of low-cost flights and extensive, affordable public transportation systems in Europe, just to name a couple factors.

While moving to Europe would be another big plunge, we did have three aces up our sleeves.

Sam had lived in Spain before. She had already done this program and her prior experience was instrumental. She knew the ropes, could speak Spanish astronomically better than me, and still had American friends who had stayed after she left.

I can’t emphasize enough the difference this makes. Whole immigrant communities are based on a familial or friendly connection to a place. Knowing someone who’s been there and done that gives you an unsurpassable advantage.

Often in the world of travel, there’s this idea that you need to take risks and just jump in. And yes, there’s some truth to that. But often these people can afford to take these risks and already have a safety net to catch their potential falls. Cherry picking the good times to paint a perfect picture is a travel myth from an online world that lacks transparency.

The teaching program came with a regular paycheck on which I could afford to live in Madrid working half the hours of a typical American work week. Also tons of holidays. The next summer off. And Fridays always off as well.

Also, Sam could focus on her freelance work and afford to be picky, rather than accept any contract out of desperation (try starting out as a freelancer when your rent is as high as NYC’s).

This is a big one, especially for Americans. Spain boasts one of the best health care systems in the world and I got private health care as part of my employment benefits package.

Sam and I had already dealt with myriad frustrations plaguing U.S. health care. We can’t imagine what it’s like for the chronically ill. We have friends and family who require regular medical attention and the sheer amount of bills and paperwork is soul destroying. 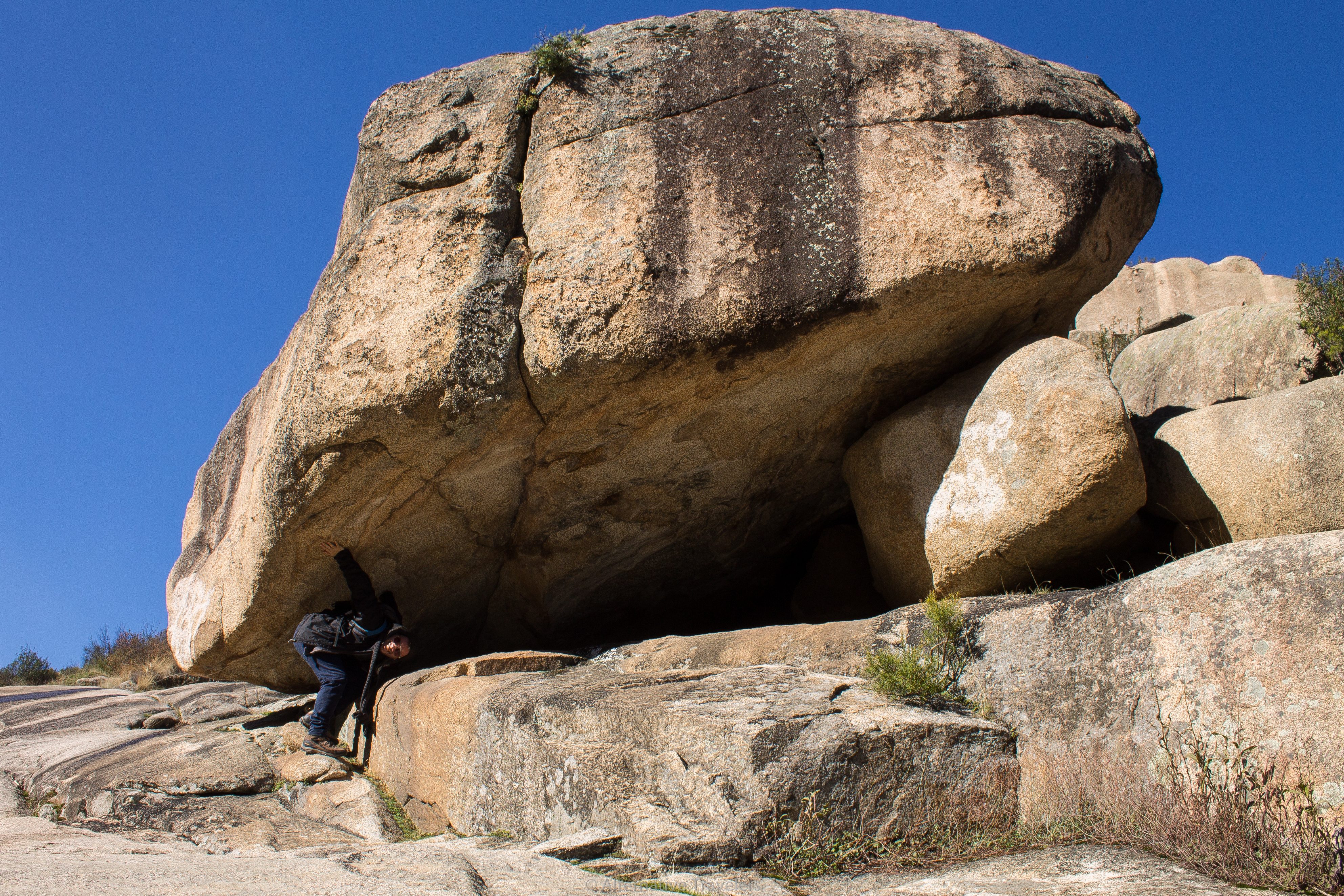 Crushed under the weight of healthcare.

This point was reinforced further when we both tried to get the required physicals for our Spanish visa application. Sam’s doctor misadvised testing that wasn’t covered by her insurance company, leaving her with a $1000 medical bill.

Case in point: having health care is a huuuge deal. We were excited to experience the security of health care.

However, we had other motivations as well. 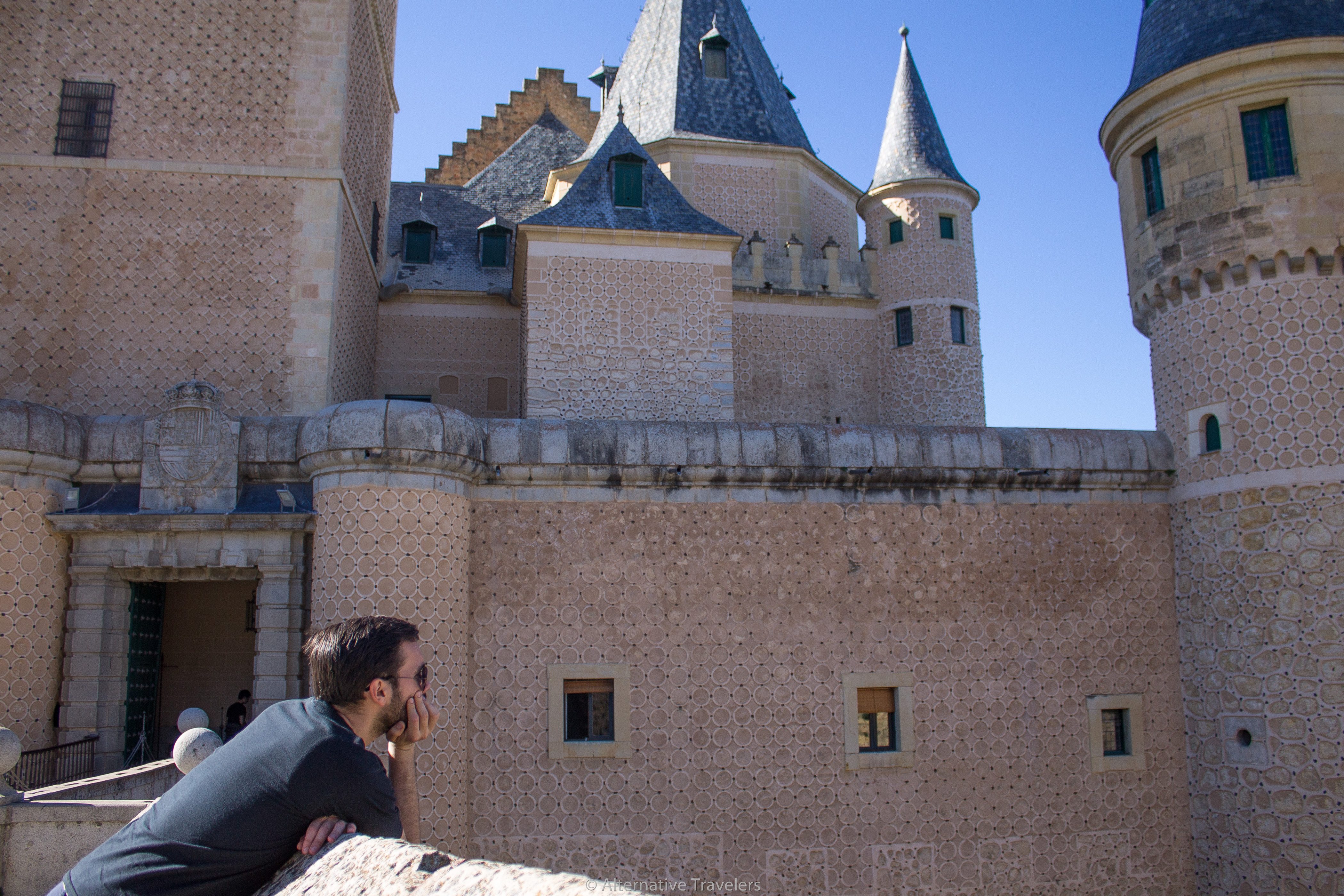 I could have been trilingual (Spanish and French) from birth, but for reasons too long to discuss here, it didn’t happen. That didn’t stop me from wanting to learn. Growing up with Spanglish and studying Spanish formally (grammar, high school, and college) gave me an ear for it, but I could hardly carry a conversation.

While my goal was to learn Spanish, it was not driven by any illusions of heritage or nationhood. I don’t personally identify with anything but human. Sure, my mother is from Puerto Rico and depending on the crowd and time of year, I’m perceived as white or light brown. Outside the US though, I’m recognized as essentially American.

In the western hemisphere, Spanish is the most spoken language after English. It’s quickly becoming (if it isn’t already) the secondary language in the US. Basically, there’s no good reason not to learn.

Learning a second language not only has myriad cognitive benefits but learning such a widely used language opens up even more travel opportunities – namely almost another entire continent.

I Heard I Could Eat More

Sam remembered spending only her tutoring money to enjoy Spain. Enjoying herself meant being able to travel, go and eat out – even after paying rent – and still save money!

(In case you’re wondering, living in New York did not allow that lifestyle with the equivalent income). 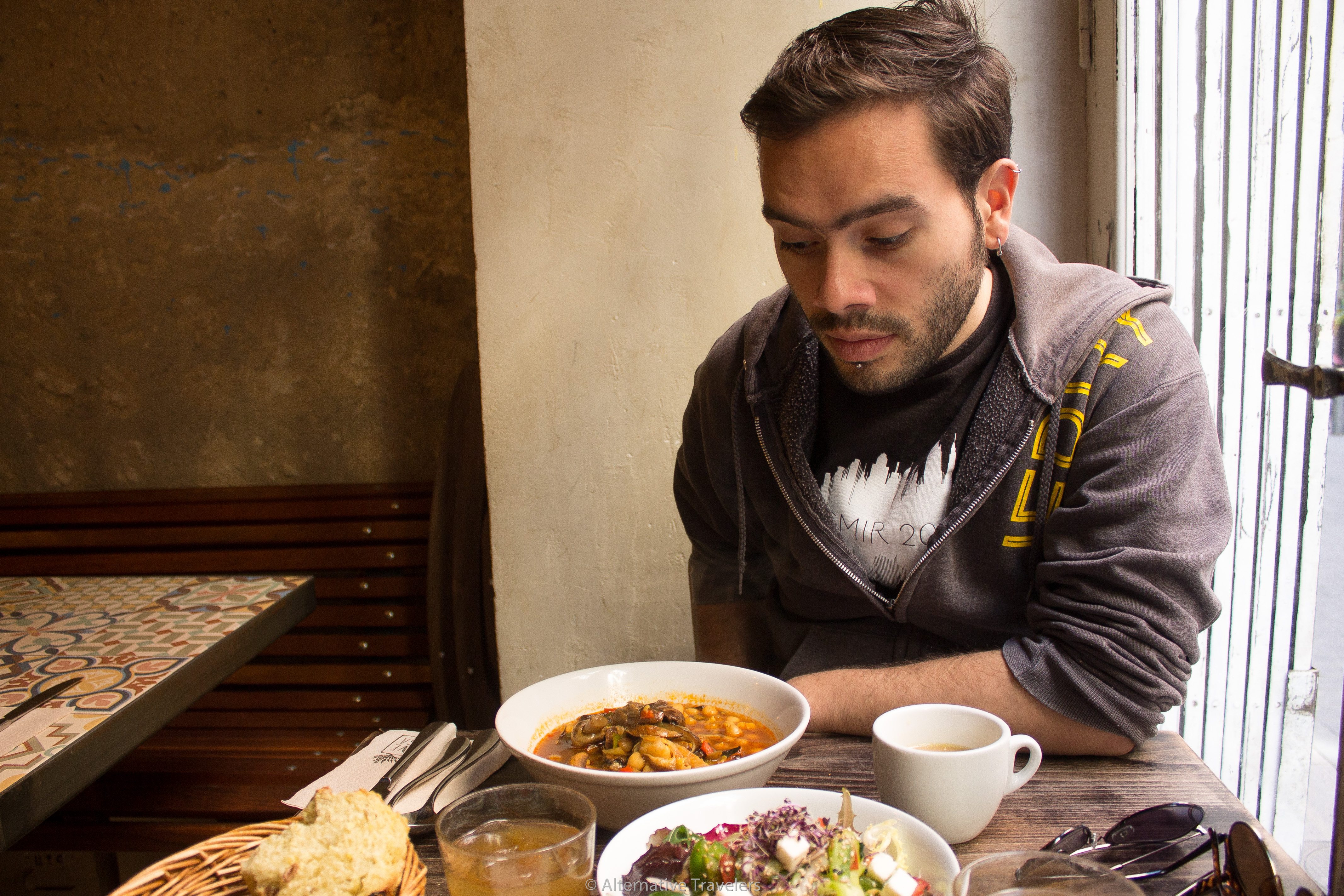 Eating all the food I could now afford (after Photographer Sam is satisfied).

Ultimately, leaving for Madrid meant we could keep putting time and effort into the NYC-less lifestyle that we wanted to pursue – at least for another year. 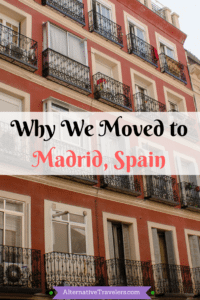 Pin Why We Moved to Madrid!

Why We are Staying in Madrid (For at...